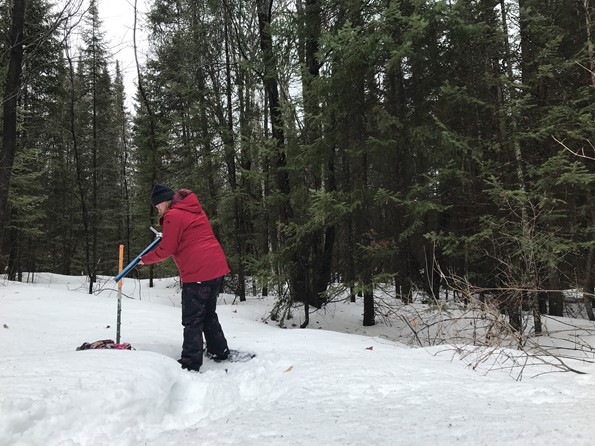 (North Bay, Ontario, April 1, 2020)  With warmer temperatures and some rain over the weekend, snow depth has been reduced by an average of 13 cm and water equivalence has decreased by an average of 55 mm since the survey on March 24 reports the North Bay-Mattawa Conservation Authority (NBMCA) who measures snow depth and water content as part of its Flood Forecasting and Warning Program.