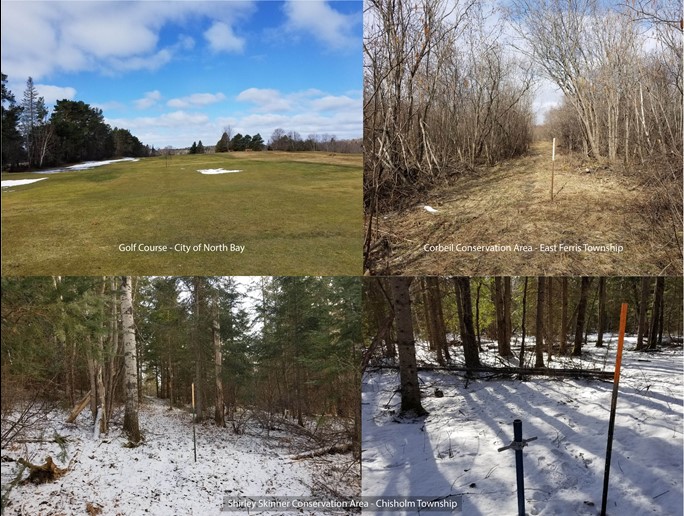 (North Bay, Ontario, April 1, 2021)  Two of the three snow survey stations are now without snow, bringing the average snow depth down 23.8 cm and the average water equivalence down 83.7 mm since the last snow survey March 22, reports the North Bay-Mattawa Conservation Authority (NBMCA) who measures snow depth and water content as part of its Flood Forecasting and Warning Program.

“The average snow depth for all sites is 3.7 cm (12% normal for this time of year) and average water equivalence is 9.3 mm (10% normal),” said Kurtis Romanchuk NBMCA’s Water Resources Engineer. Last year at this time, the average snow depth was 22.3 cm and water equivalence was 66.3 mm. Given the early freshet, snow levels now are more typical of measurements taken later in April.