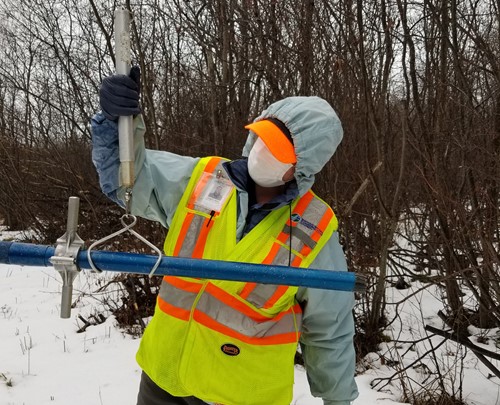 (North Bay, Ontario, December 15, 2021) Due to a few mild days, rain and below zero temperatures there is a slight decrease in snow depth and an increase in water content since the last readings December 1, reports the North Bay-Mattawa Conservation Authority (NBMCA) who measures snow depth and water content as part of its Flood Forecasting and Warning Program.