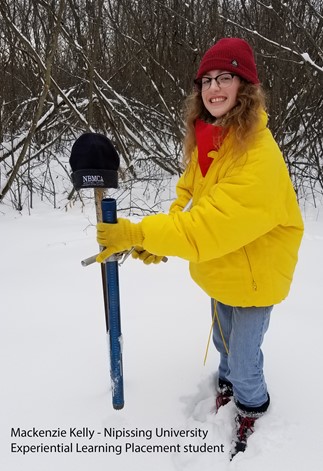 (North Bay, Ontario, January 16, 2020)  Snow depth is approximately half of what it was at this time last year, reports the North Bay-Mattawa Conservation Authority (NBMCA) who measures snow depth and water content as part of its Flood Forecasting and Warning Program.

“The average snow depth for all sites is 26.9 cm (79% normal) and average water equivalence is 49 mm (78% normal),” said Kurtis Romanchuk NBMCA’s Water Resources Engineer. “Precipitation amounts recorded at the North Bay Airport are slightly below average so far this winter (December and January), and the snowpack shows a similar trend” he added.