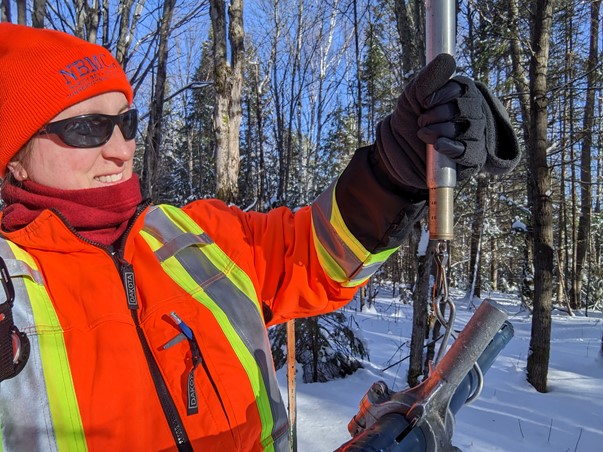 (North Bay, ON, January 16, 2023) Snow is lighter, with denser snow below from previous snow melts and has an average snow depth increase of 19.7 cm since January 3, 2023 reports the North Bay-Mattawa Conservation Authority (NBMCA) who measures snow depth and water content as part of its Flood Forecasting and Warning Program.

“Snow depth is getting closer to normal for this time of year and the water stored in the snowpack is a little above normal” said Angela Mills, NBMCA Water Resources Specialist.