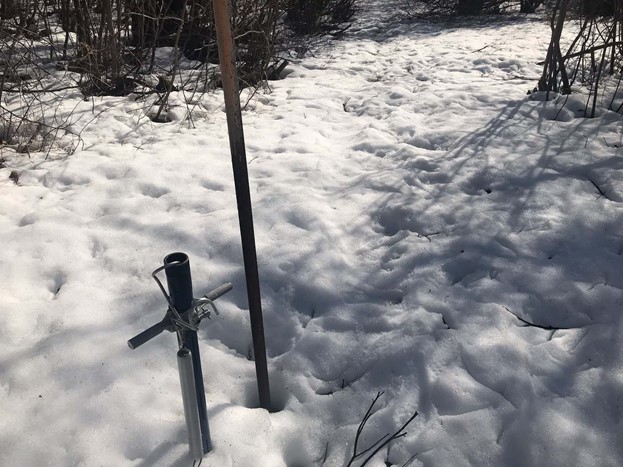 (North Bay, Ontario, March 22, 2021) Snow depth and water equivalence has decreased since the snow pack measurements taken on March 15 by the North Bay-Mattawa Conservation Authority as part of its flood forecasting program.

“A number of factors contribute to the risk of flooding: the amount of snow and water content being one of several including ground conditions, wind, sun, as well as the amount, duration and frequency of precipitation.   The cold nights and warmer days are making for a steady spring melt so far.  NBMCA is monitoring conditions on a daily basis and will update the public as necessary,” added Romanchuk.

NBMCA is now measuring the snow pack weekly, to monitor conditions leading up to and during the spring freshet. This is a supplementary survey (not a scheduled survey). The % normal will be available during the next snow survey which takes place April 1.