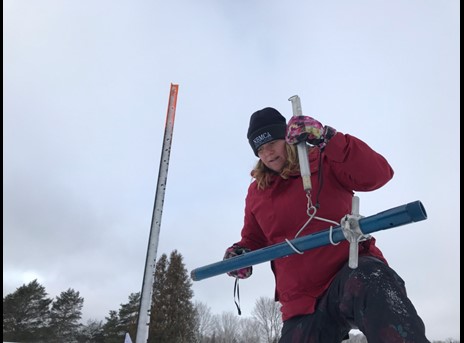 (North Bay, Ontario, March 24, 2020)  Snow survey readings confirm that the snow is gradually melting. Snow depth has slightly decreased and water equivalence has slightly increased since the snow pack measurements taken on March 13 by the North Bay-Mattawa Conservation Authority as part of its flood forecasting program.

NBMCA is now measuring the snow pack weekly, to monitor conditions during the spring freshet. This is a supplementary survey. The % normal will be available during the next snow survey which takes place April 1.