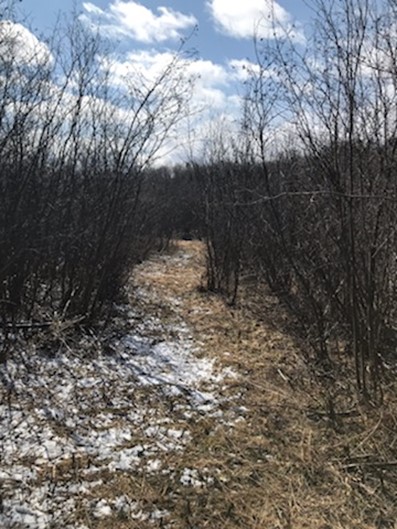 (North Bay, Ontario, April 15, 2020)  Today, two of the three snow survey stations are now without snow, bringing the average snow depth to 1 cm, down from 3.9 cm measured on April 8 by the North Bay-Mattawa Conservation Authority (NBMCA) as part of its flood forecasting program.

As the snow melt winds down, water levels continue to decline on Chippewa Creek, the La Vase River, and the Wasi River, and are slightly below average levels for this time of year.  The Amable du Fond River has remained at a relatively constant level following its rise for the last few weeks, and is at an average level for this stage of the melt.

The Ottawa River is rising slightly this morning, currently at 152.63m at Mattawa, which is just slightly above an average level.  Lake Nipissing is around 195.44m at North Bay, it is still rising and is slightly above average for this time of year (likely due to the early melt).  Both Lake Nipissing and Mattawa River could still be influenced by melting snow in the northern subwatersheds which feed into these waterbodies.