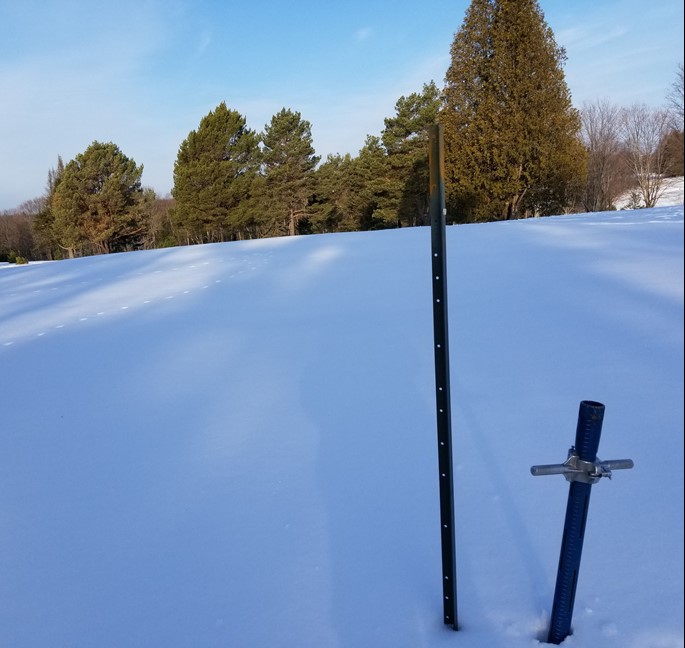 (North Bay, Ontario, January 15, 2021)  With the above seasonal weather and little snowfall, the average snow depth has decreased by 1.7 cm and the average water content has decreased by 4 mm since last snow survey January 4, reports the North Bay-Mattawa Conservation Authority (NBMCA) who measures snow depth and water content as part of its Flood Forecasting and Warning Program.